MILPITAS, Calif. —North American-based manufacturers of semiconductor equipment posted $1.99 billion in orders worldwide in December, Semiconductor Equipment and Materials International (SEMI) reported. The trade group also said that its book-to-bill ratio closed the year at 1.06. The ratio means that $106 worth of orders were received for every $100 of product billed during the month. 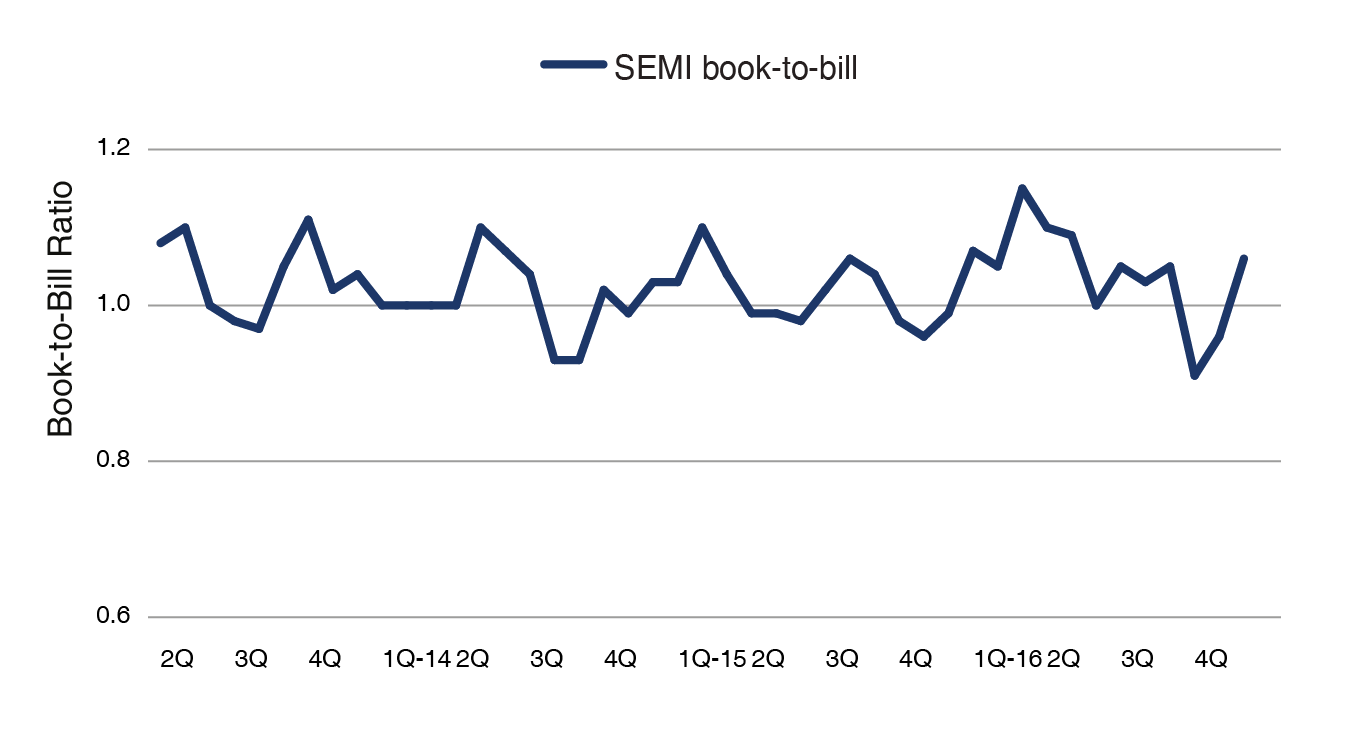 In other microelectronics market news, the Semiconductor Industry Association (SIA) reported that on a year-to-year basis that global sales for December rose 12.3% from $27.62 billion to $31 billion in 2016.

The SIA said the Chinese market was up 20%, closing December 2016 at $10.17 billion. Both the Asian-Pacific and Americas markets increased around 10% for December, closing the month with respective sales of $8.86 billion and $6.33 billion. European sales were $2.8 billion for the final month of the year, while Japanese sales finished December at $2.84 billion. Figure 2 shows a comparison of regional and global sales for the end of 2016 and 2015.

ATLANTA, GA—The Institute for Electronics and Nanotechnology (IEN) at Georgia Tech is sponsoring a free one-day seminar entitled, “Introduction to High-Purity Water Standards—Implications for System Design and Operation” on Feb. 23rd. The meeting will be conducted at the Marcus Nanotechnology Building on the university campus.

Seminar speakers will include Dr. Slava Libman of Air Liquide Balazs NanoAnlysis; and Glen Sundstrom and Jeffrey Holland of Evoqua Water Technologies, LLC. Ben Hollerbach of the IEN will lead a tour of the IEN’s clean room and lab for attendees.

The meeting program and registration information is available at this link: http://ien.gatech.edu/issevoqua.